“An important component of the CXC Marathon Cup will be masters and citizen skiers competing in the series,”

said Yuriy Gusev, CXC executive director and athletic director. “We encourage clubs and teams to compete as well and look forward to seeing the growth and collaboration of clubs and master skiers in our region.”

Central Cross Country Ski Association, in partnership with six prominent marathons in the Midwest, has announced the inaugural CXC Marathon Cup race series. The six events are a collection of beautiful and challenging trail systems, with a total purse prize of $60,000. The events are the Seeley Hills Classic (42km), the Noquemanon Ski Marathon (50km classic), the City of Lakes Loppet Minne Tour or Loppet Challenge, the Vasaloppet USA (58km freestyle), the American Birkebeiner (51km skate), and the Great Bear Chase (50km skiathlon).

The United States Geological Survey (USGS) continues to support the delivery of its digital maps through Avenza Systems’s PDF Maps app. The digital mapping platform provides access to more than 120,000 U.S. topo maps. The app is popular with recreationalists, particularly hikers, backcountry skiers, or anyone traveling in areas with no internet service.

For more information, visit www.avenza.com or the PDF Maps website at www.pdf-maps.com 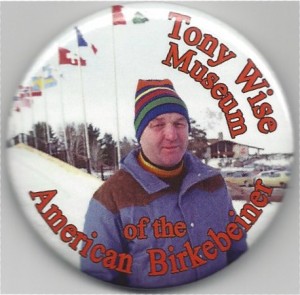 In August, skiing historian Tom Kelly, former head of public relations for the American Birkebeiner and currently USSA’s vice president of communications, took a large crowd back to the origins of Birkie, regaling the audience with legendary stories of the race’s roots at a presentation in Hayward. The American Birkebeiner ski race was the vision of Hayward native Tony Wise, who discovered skiing as a soldier serving in Germany in World War II. After the war, he brought the concept home to found the Telemark Ski Area near Cable in 1947, and in 1973 founded the American Birkebeiner, patterned after the Birkebeiner Rennet ski race held each year between the villages of Rena and Lillehammer, Norway. Wise’s vision shaped a community, a sport and brought the world together with the founding of the Worldloppet in 1979. Since then, over 2.6 million skiers have started Worldloppet races.

“Tony Wise was a remarkable man who was steadfast in his vision and a true pioneer of skiing,” said Kelly. “It’s especially impressive today to look back 30 to 40 years and grasp how much impact he had on cross country skiing. His innovation has had a direct impact on the growth of the sport.” Kelly took the opportunity to announce the new Tony Wise Museum of the American Birkebeiner, slated to open in 2016 in Hayward. The program is available on-line at www.livestream.com/watch. Search for “Birkebeiner”.

The American Birkebeiner Ski Foundation (ABSF) has reached its fundraising goal of $650,000 for Phase I of its first-ever major fundraising capital campaign. The funds will secure a permanent trailhead and race start area in Cable, Wisconsin, near the old Telemark Lodge, as well as improve safety, traffic flow, and participant experience at the finish line area in Hayward. Many of the finish line improvements, such as the International Birkie Bridge over Wisconsin Highway 63, were in place for the 2015 Birkie and work is now underway on the new trailhead and start area.

The International Skiing History Association (ISHA) will hold its annual awards banquet during Skiing History Week in Aspen, April 5-10, 2016. In addition to honoring the best books and videos on skiing history produced in the past year, it’s a chance to ski with friends and colleagues. Skiing History Week is produced in partnership with the Aspen Skiing Company and the U.S. National Ski and Snowboard Hall of Fame, which will host its own full calendar of events during the week, including its annual induction banquet.

On a hot summer evening in August on the Olympic trails of Soldier Hollow, Olympian Bryan Fletcher notched a repeat national title at the U.S. Nordic Combined Championships. The jump leader from the Utah Olympic Park HS134-meter large hill earlier in the day, Fletcher held off a hard-charging Adam Loomis of Eau Claire, Wisconsin, for gold with Loomis taking silver and Taylor Fletcher bronze.

Women’s Ski Jumping USA has announced an expanded relationship with the U.S. Ski and Snowboard Association

Women’s Ski Jumping USA (WSJ-USA) has announced an expanded relationship with the U.S. Ski and Snowboard Association (USSA). Beginning on October 1, 2015, USSA assumed responsibility for coaching and other operations affecting the women’s ski jumping program.
“I am pleased that USSA will be taking responsibility for the national women’s ski jumping program,” said Peter Jerome, interim president of Women’s Ski Jumping USA, “including the employment and contracting of our two national team coaches, Alan Alborn and Vasja Bajc, and our partnership with Utah Olympic Park for our development coach, Lindsey Van. WSJ-USA will focus our organizational efforts on cultivating and supporting development programs and athletes – with an emphasis on the successful Fly Girls development program.”

The Fly Girls program recently concluded its second summer development program and will continue to operate and be funded directly by WSJ-USA. USSA is providing direct athlete support to ski jumpers Nita Englund and Sarah Hendrickson who have achieved national team criteria. However, Hendrickson underwent knee surgery in late August and will be out for the season, having injured her right knee in a training accident in August 2013 leading up to the Sochi Olympics, and reinjuring it during training in June. It is anticipated that she will be back for the 2016-17 World Cup season including the 2017 World Championships in Lahti, Finland.

Hendrickson won the season-long FIS World Cup title in 2012 and became the world champion in 2013. England came away from the final two weekends of the FIS Ski Jumping Summer Grand Prix in Almaty, Kazakhstan, in mid-September taking fifth in the finale to finish third overall. Nina Lussi of Lake Placid was 21st, her best finish and fourth straight points-scoring result against the World Cup field.

Olympian Liz Stephen of the U.S. Cross Country Ski Team held off a hard-charging Veronika Mayerhofer of Austria to claim the win 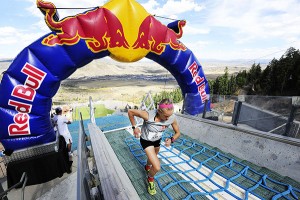 The hill climb reversed the path of a ski jumper, starting at the end of the outrun with a flat 50 meters before hitting the ski jump. After 100 meters, the pitch increased up to the 250-meter mark where it briefly flattened before athletes climbed stairs onto the inrun and up to the top of the jump. Most of the steep portions were hand crawled with athletes grasping cargo netting placed over the plastic jumping surface. 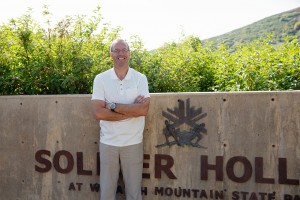 The U.S. Ski and Snowboard Association (USSA) has named longtime Nordic business leader and enthusiast Robert Lazzaroni as its new Nordic domestic program director. Lazzaroni will be responsible for administering domestic programs in partnership with USSA Nordic clubs in cross country, ski jumping, and Nordic combined. He spent 17 years as the Nordic division manager for Rossignol, and most recently managed the Nordic programs at the Utah Olympic Park.

Green Mountain Valley School in Waitsfield, Vermont, has announced that Garrott Kuzzy has officially joined the ski academy as the new Nordic Director, joining coach Katrina Howe. Kuzzy, a 2010 Vancouver Olympian, graduated from Middlebury College and has competed at the highest levels on the World Cup, including a top-ten finish. Howe graduated from the University of Vermont with a Bachelor of Science in Athletic Training in 2009. She was a member of the U.S. Biathlon Development Team in 2009-2010 and part of the Maine Winter Sports Center Olympic Development Program for six years.