Rollerskiing, a longtime dryland training mechanism for competitive cross country skiers, is seeing increased growth among juniors on the U.S. East Coast. Spearheaded by the New England Nordic Ski Association (NENSA), new race opportunities, skills clinics and competitions were made available to young skiers in Lake Placid, New York, and Burlington and Fayston, Vt. during the month of August.

When asked what the primary motivation for this increased rollerski programming was, Justin Beckwith, NENSA’s Competitive Program Director, shared: “Over the past years there has been tremendous club development in New England—athletes are training more consistently and often in organized group sessions. There are times in the summer when there are hundreds of kids in organized camps and practices within a few hours of each other. I used to host the App Gap Challenge at the conclusion of Green Mountain Valley School (GMVS) summer camps. During those years we would have crowds of 30-40 athletes from the region. Last year, my first at NENSA, we reactivated the App Gap Challenge and we drew in a crowd of 57 skiers. We then worked with Adam Terko and Mansfield Nordic, to create the Fall Classic at Jericho in October, which had fantastic college participation and a field of nearly 100 skiers. So, in a sense, we already had a series last year, but it wasn’t named as so.”

Funding from Marty Hall and sponsorship from Bag Balm allowed NENSA to further expand their rollerski programming, officially named the “2018 NENSA Bag Balm Rollerski Series.” Prize money for the competitions will continue to be awarded, and Norwegian racer and 100m Rollerski Sprint World Champion Ludvid Søngnen Jensen came to the U.S. where he met with junior skiers, participated in skills workshops and faced off head to head with U.S. superstar Andy Newell in a 100m celebrity duel. Søngnen took the victory in the sprint, but Newell was able to best him in a skills and agility competition. 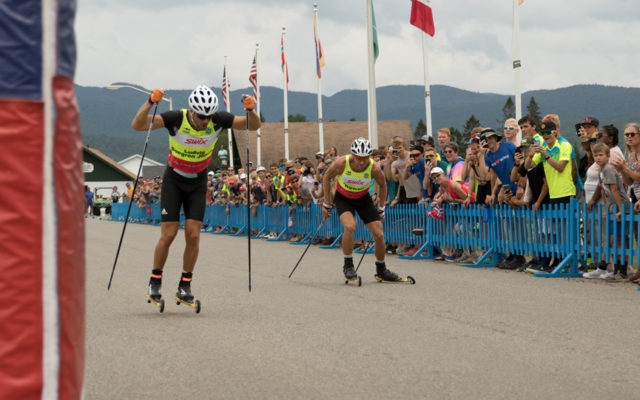 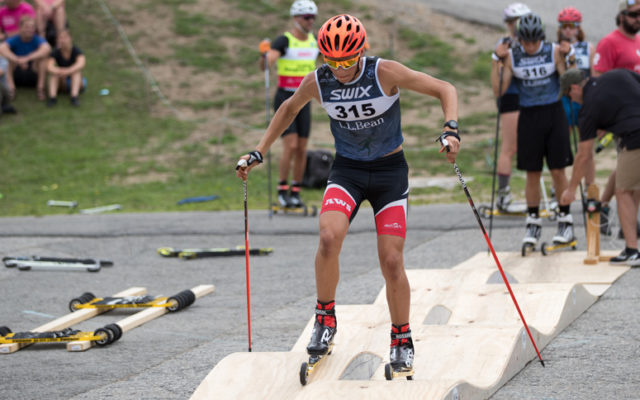 Bicycle rollers pump your legs up and down, challenging your balance during the rollerski skills course in Lake Placid, New York. Photo: Reese Brown/U.S. Ski and Snowboard

NENSA’s success with this season’s series begs the question, will other regions follow suit? Beckwith offers that NENSA is willing to share their plans and lessons learned with other clubs who wish to host similar events. “Rollerskiing, especially the agility and sprinting components, are spectator friendly, and I feel could make an impact on the visibility of our sport,” he notes, continuing, “Climate change and the relative simplicity of rollerski equipment make this a nice avenue to introduce folks to the sport.”

Full event recaps, photos, videos and more information about the 2018 Bag Balm Rollerski Series, including events still on the calendar can be found on NENSA’s website.