While delving into the origin of the Swix hat (see “Hat Trick” in issue 36.2), I heard that Leif Torgersen had died. Harald Bjerke confirmed it in a touching email: “Leif died in January 2012, 68 years old, completely unexpectedly after skiing 30km, taking a nap and planning to ski another 30km the day after. He never woke up from that nap. We were classmates from first grade to twelfth grade. He was the smartest guy in class. When Swix needed a new lab manager in 1972, I asked him. Luckily he said yes. He is behind more than 150 new Swix recipes. His master grade paper at Oslo University was based on snow crystals. He had 47 pins in the Norwegian Birkebeiner. His motto: ‘A day without training is day without meaning.’”

We first met in ’83, and again in ’88 for some extended time on snow. In ’88 I wrote about our excursions for the now-defunct Ski Research News, published in Eagle River, WI. 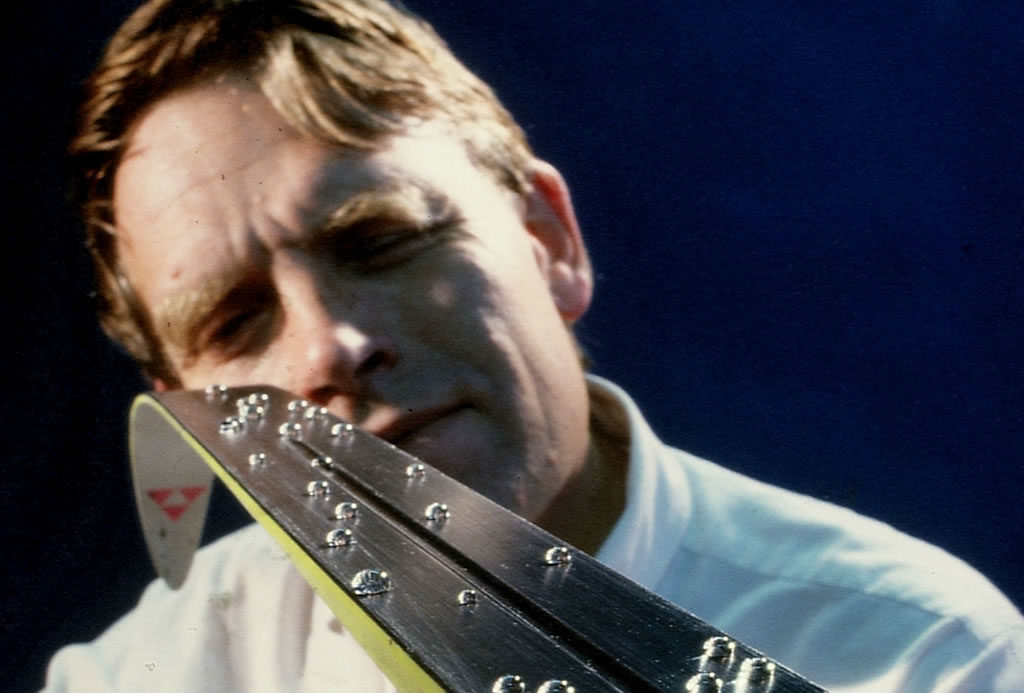 Dr. Wax had three gringos on his hands late last April in the Jotunheimen region of Norway—the Norwegian Alps—and to a point he had shown great patience. Lacking any Norwegian beyond “thanks,” “beer” and “go for it,” we had no idea what passed between him and our co-host from the trade council of the Norwegian ski industry.

But to us he only directed the odd question about our allegiance to Lycra in the backcountry, to our adjustable ski poles, to full-length overboots in fuchsia and mauve. He made no remarks on the long-billed, neon yellow ball cap that was standard spring issue for one of us.

Dr. Wax didn’t lose it until after lunch, as we prepared for a long uphill haul over a glacier to a campsite. Veterans of Sierra mountain skiing, two of us almost reflexively reached into our packs, extracted climbing skins, slapped them on and took off. That did it: the ultimate affront to Dr. Wax.

That’s what we called him. Otherwise he’s Leif Torgersen, a chemist at Oslo’s Senter For Industriforskning—the Central Institute, he calls it. And for 15 years he’s been the chief consultant in waxing for Swix. Call him the chief waxologist. He’s the man who brought us Extra Blue, the Giver of Grip and Glide. A former elite-level competitor who nearly made it to the Norwegian national team, he’s still, at 45, a ferocious trainer.

He’s been known to skate, but somewhat grudgingly. He’s even less enthusiastic about climbing skins. He dripped disdain, and only came around after the Yanks, again in best Sierra style, shucked skis and rapidly stomped out a generous tent platform.

But after all, Dr. Wax was right. Received wisdom has it that you cannot successfully wax skis with alpine cambers like the Asnes Telemark comps we were touring on. But he troweled on binder and Extra Blue and we skied on it for days: climbing, traversing, screaming downhills and scooting across icy stretches.

Dr. Wax had other wisdom to impart, now that we were back on better terms and out of the backcountry. We were in Geilo for a few days on the tracks before skiing the Skarverennet, a 40km marathon that started in Finse and ended in Geilo. To the gringos’ delight it was the only long race in Norway in which skating was allowed. Dr. Wax thought the passage would be smoothed by some Cera F. And he was buying. 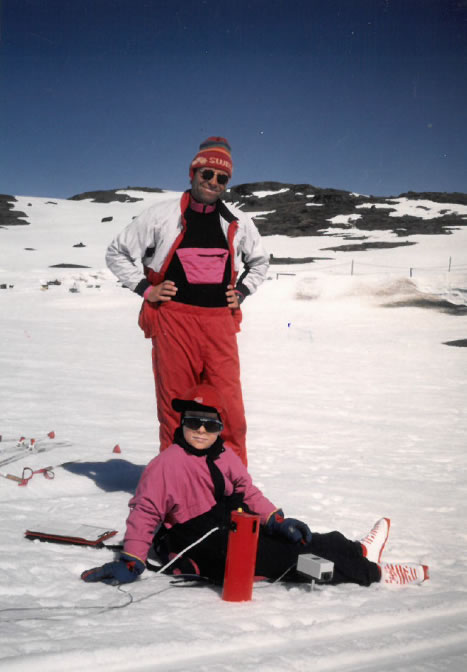 Leif and son Eirik take a break at the Sognefjellet ski area while Swix was doing some springtime testing of their first HF (high fluro) waxes. Courtesy of Harald Bjerke

Our acquaintance with this already notorious stuff was to be strictly hands-on; the Doctor spared us the lecture on fluorocarbons. For a warm-up he demonstrated how to apply Speed Powder, the cheaper alterative to the ultra-high price spread. Since it still didn’t come as cheap as klister, there was some concern about how much to use. “You don’t need that much,” said Dr. Wax, “because each little pearl has the diameter of one-half a millimeter.” And a properly-rilled ski holds it in place, he pointed out as he spread it out—about the width of a pencil—on the base. He mashed it in, carefully liquefying it with an iron, scraped and brushed. No really big deal.

On to Cera F. The beginning was inauspicious. We were waxing Chicago gangland style in a garage across the street from our hotel. Our co-host from the ski industry was somewhat overzealous in demonstrating his way around a wax bench and cranked the vise a bit hard on the Doctor’s Madshus skating skis, crushing their sidewalls. Since I was tardy, I missed Dr. Wax’s response. Casey described it as basically a Viking shit-fit in which the only word recognizable to American ears was the oft-repeated “amateur.”

Cera F was surprisingly easy to apply. Using a small spoon and a procedure familiar to regular viewers of Miami Vice, Dr. Wax simply laid out a line on each side of the ski’s groove, not quite completely covering it. He used a hot iron—about 100 degrees Celsius—and worked fast so as not to melt the ski base (the sidewalls had already been accounted for).

Then the important part. How do you know when you’ve worked the Cera F in long enough? Don’t wait for it to melt, said Dr. Wax, because it’s not a wax and it won’t. Instead, “iron until you see the stars dance.” This was a little more intricate, and impossible to photograph, at least with what we had at our disposal. The effect is similar to putting yourself on eye level with the rim of a glass of champagne.

Then brush. No scraping. That’s it. Of course, the final brushing did lead Dr. Wax to some thoughts on ski preparation in general and to an observation on snow, wax and ski bases being “frictional partners.” And when he watches citizen racers go at it he sees a lot of them muddying it up. “I see too many skis in bad condition—dirty,” says Dr. Wax. “The biggest mistake is not getting excess wax off skis and out of rills.” The culprit here is a brush that is so loaded with wax that it leaves residue after the final brushing. Take a wire brush to the plastic one like using a file card, Dr. Wax suggests.

Did the Cera F change our skiing lives in the Skarverennet? Certainly not on the relentless, powerline uphills. But we liked the slide on the flat and the corkscrewing downhills. Perhaps it gave us that edge to move away a little more quickly from disparaging remarks about skiing Norway’s biggest marathon in Hawaiian shirts.